In their patent description, it explains:

Be it known that we, James Sargent and Lyman F Munger, of Rochester, in the county of Monroe and the state of New York, have invented certain Improvements in Bottle-Faucets, of which the following is a specification:

This invention consists in combining with the hollow shank forming the faucet proper a valve-screw, which is also perforated to allow the passage of the liquid. It also consists in forming a depressed of sunken neck upon the lower end through which the perforations are made, the object being to prevent the perforations being filled with cork in passing through. It also consists in forming the end of the faucet in taper form, and cutting the threads to the extremity of the same for the purpose of passing easily into the cork and preventing it from being driven in. 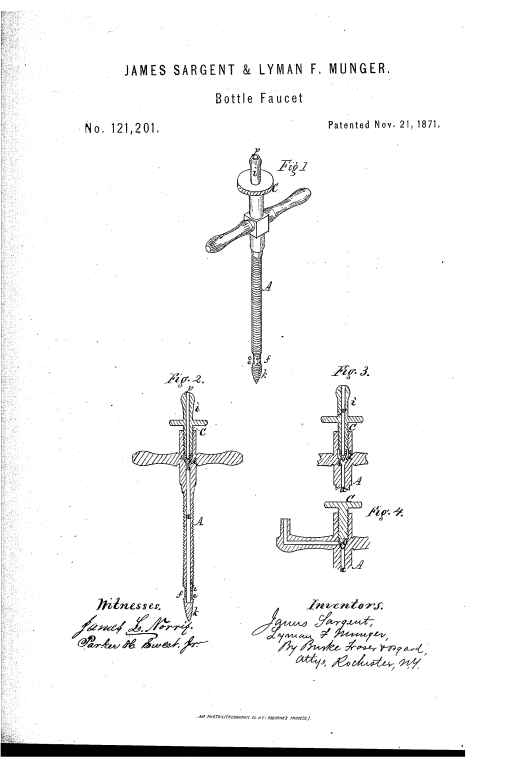 John Morris has a folding example of the Sargent and Munger…

I would love to find one of these as well. But, until then, the regular Sargent and Munger will have to suffice… Thanks for the deal Michelle! 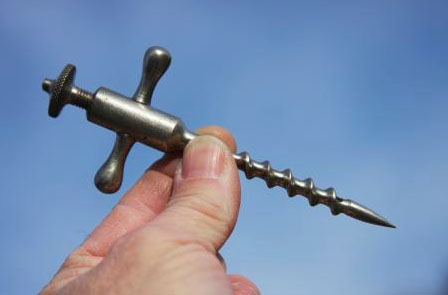 If you have an interesting champagne tap, bottle faucet, or corkscrew with which you would like to part, feel free to drop me a line.