Yesterday was the second day of Brimfield, and with a 6 a.m. start, BT and I were in the car at around 5. Making our way to the fields, we arrived at about 5:30–which allowed for another cup of coffee.

At the appointed time, the gates opened and hopeful buyers scurried about. As per normal, Barry started from one direction and I the other. After seeing a tipped H & B, an over priced Syroco waiter, and a few other common pieces, I ran into a dealer with a fabulous pair of folding black shoes corkscrew.

Unfortunately, his celluloid corkscrews were more of a Jimmy Choo price rather than a Converse All-Stars price. After a bit of back and forth with him, he did come down in price a little, but not enough to make the purchase worth it.

A few minutes later, I ran into Barry, and he too had seen the shoes, but he agreed that the price–even being reduced–was pretty steep.

After wandering around a bit longer, I managed to pick up a couple of things, and then recognizing the field was empty of affordable AND desirable corkscrews, I sauntered off in the direction of breakfast and more coffee.

At 9 am, the next field was set to open, and again, at the appointed time we found ourselves in line. And, when the gates opened, the hunt began. The fields were definitely less populated with dealers this show, still, you never know what might turn up. 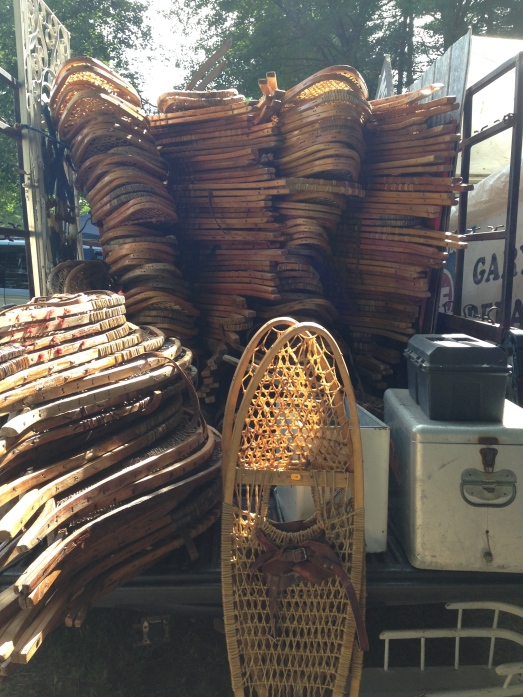 Yes, treasures abound, but not a lot of corkscrews on day two.

Still, there were corkscrews that were picked up; an Italian wing nut, tusk with sterling end caps, a Clarke and Crume, and a few others. Not a bad day at all.

And, with the corkscrews from yesterday, so far a nice Brimfield adventure. 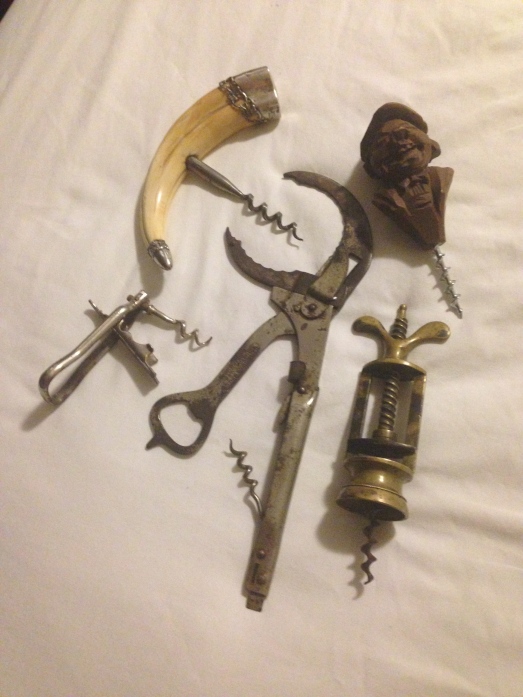 This morning is a 9 am start. Definitely more civilized.

And, while I will only scouring the fields for an hour or so, as I have to get back to Rockland in time to catch the boat, perhaps one or two more corkscrews will be added to the collection.