In the April 21, 1909 edition of the Goldsboro Weekly Argus, the following advertisement appears:

With more than 1,000 sold in Wilmington, clearly these were produced. Well, at least a 1,000 were, yet this is one of those pieces that isn’t pictured in O’Leary–although the patent drawing does appear in the back of O’Leary–and one hasn’t been shown in the two updates that have followed (O’Leary, 2009, and Morris, 2012).

There are even ads that explain that you can go to a demonstration of Northam’s device. In the November 18, 1909 edition of The Wilmington Morning Star, these two ads appear: 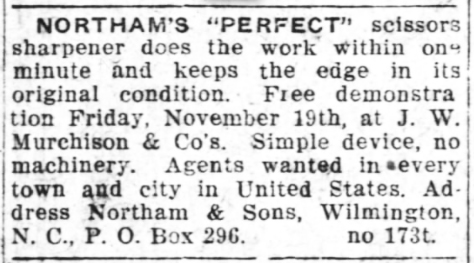 Do you have one of the 1,000 that Northam claimed to have sold? Should we start scouring Wilmington to discover one?

is a Roadtrip in order? 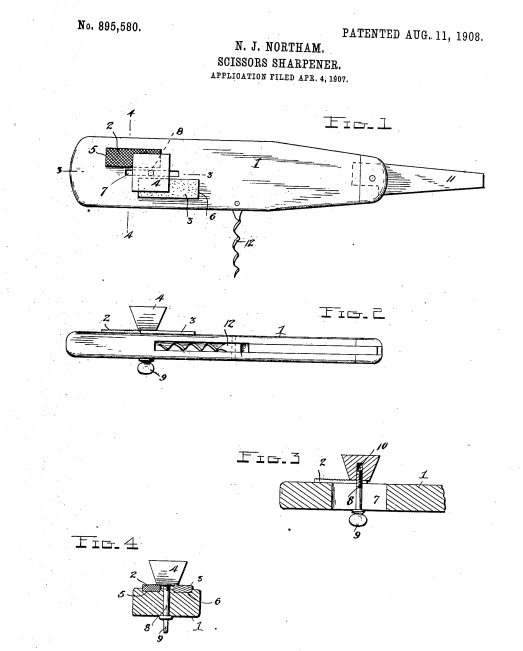 If so, drop me a line with a picture of your Northam’s Perfect Scissor Sharpener, and I will add your photo to the blog.