The other day, on eBay, there was what looked to be a Havell patent bow listed with what normally would be considered a high price considering how often they turn up.

But, the seller listed that it was made out of Sterling Silver.

I checked the other images, and sure enough, the corkscrew was marked STERLING HANDLE.

Armed with this little piece of information, what was an overpriced Havell bow, became a super price for a Sterling bow.

I decided to snap it up.

It arrived today, and it is pretty awesome. 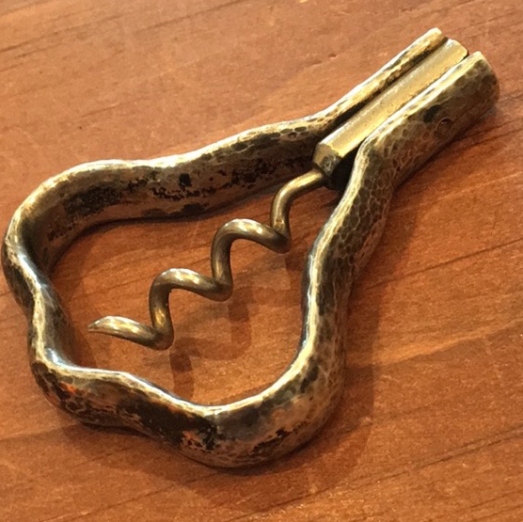 It has this hammered effect, and I haven’t yet polished it up.

Now, it doesn’t carry the patent date on the edge of the bow as the Havell usually does.  And, it does have an interesting marking. 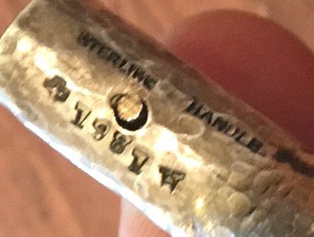 It actually looks like it reads 1987, but once I get a better look at it with a loupe, I will have a better idea.

I did email DB, and he explained that he hasn’t seen another.  Have any of you???