As mentioned the other day, there are two known versions of the Rees patent.  The long handled one, that will soon be arriving on the island, and the Rees Vest Fulcrum Corkscrew. 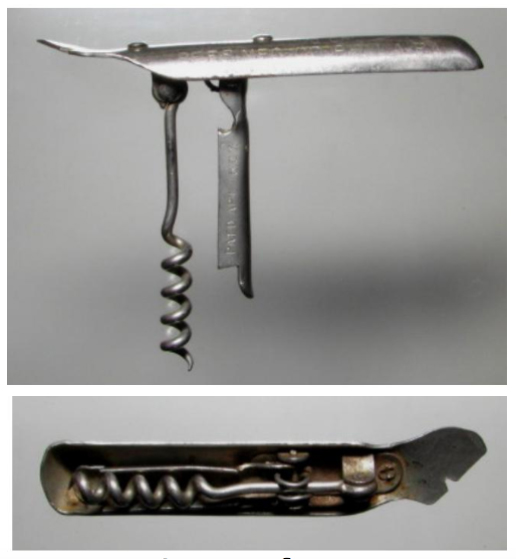 I don’t have this piece, but if anyone does have a Rees Vest Fulcrum Corkscrew, I would happily make an offer–trade or buy.

In 1907, Rees was definitely making an effort to get his corkscrew to market.

In both newspapers and magazines from that timeframe, the following ad appears:

There were other advertisements that were a bit more concise, but added the tagline, “It’s in the Fulcrum.”