From the Hoegger catalog of 1929 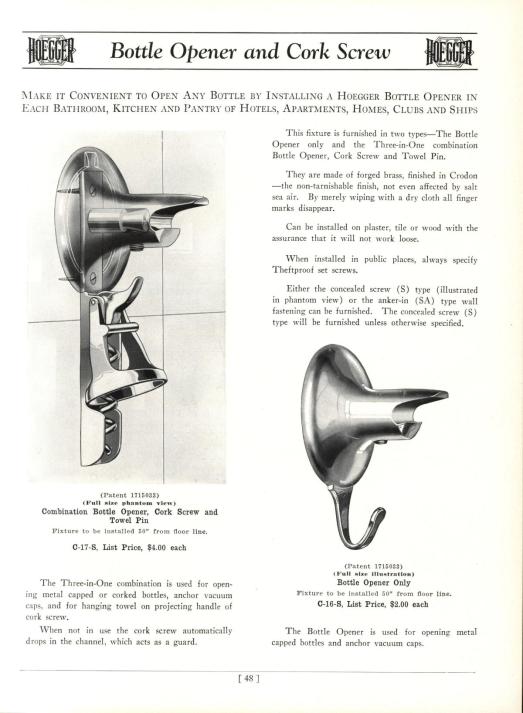 Definitely a requirement in each bathroom, kitchen, and pantry of hotels, apartments, homes, clubs and ships…

From a 1919 issue of Electrical Examiner:

(316) Dan Lingo, Huntington Ark., submits an idea of a combination cork screw and cork extractor, and our illustration shows the idea which consists of a handle, cork screw on one end and beaded wire ends with the ring, at the other side. The modus operandi is shown in Fig. No 2. With a device of this kind as is well-known the cork can be extracted very readily once it is pushed inside the bottle.

A. The idea is a good one, and while there is of course nothing new as far as the two utensils are concerned, the combination of the two into one is undoubtedly a good feature. To our mind, if the wires could be pushed inside the handle, out of the way, it would be an added feature of merit. We believe a patent can be obtained on a device of this kind

From the Clauss Shear Company catalog… 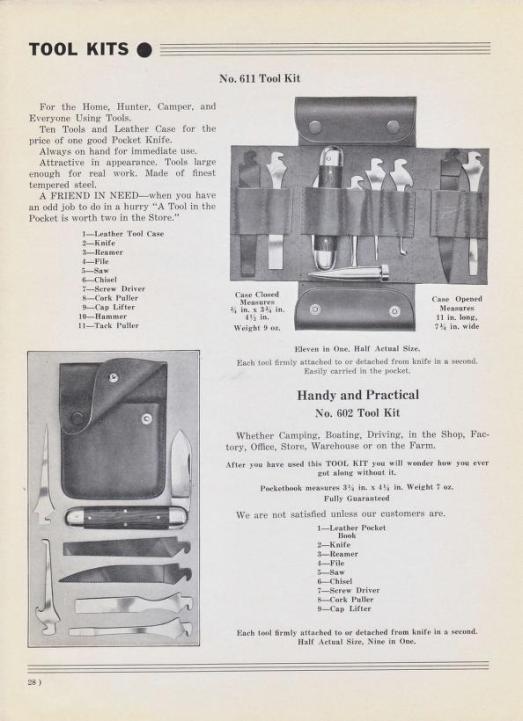 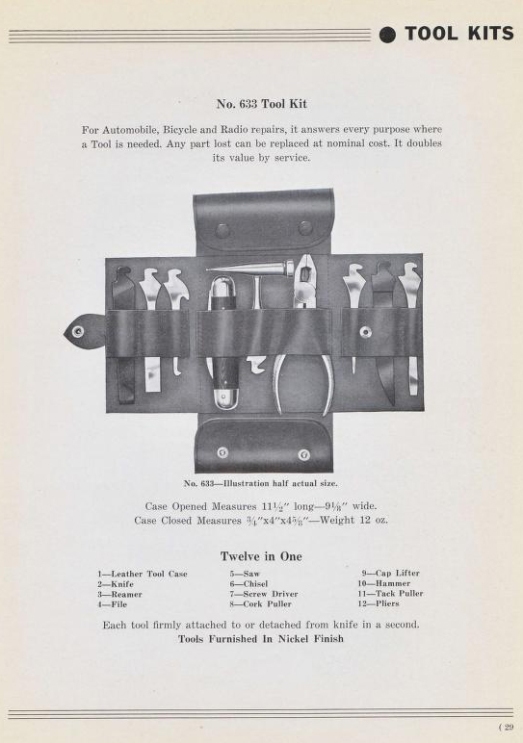 A few years ago, Don Bull had put up for sale a pair of Lyman Metal Products pieces on the collectorcorkscrews.com auction.

And, while the pair didn’t net out lots of bids, I thought the corkscrew was remarkably cool.

Definitely not that old, but with a PAT. PEND marking, I definitely wanted to find one.

As it happened yesterday, I did. 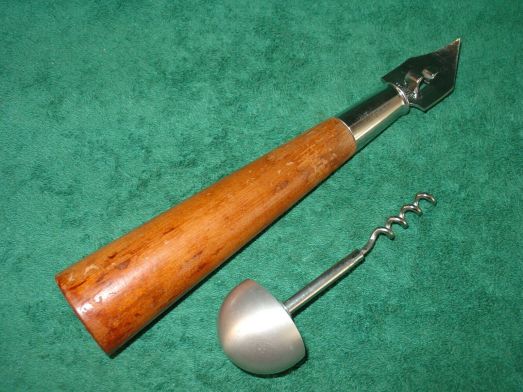 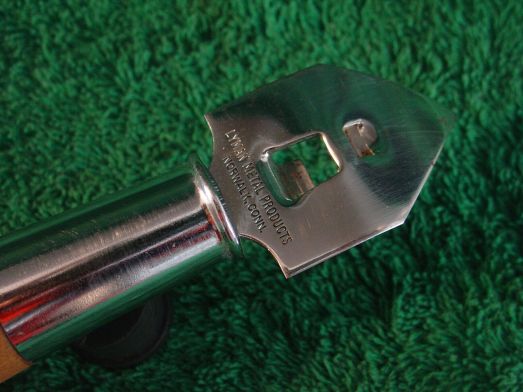 Marked on one side: LYMAN METAL PRODUCTS, NORWALK, CONN

And, on the reverse:

Probably not best 6 material, but a neat addition to the collection!

So, I was doing a little searching this morning online, and ran across a very cool, albeit a little fishy, corkscrew.

I am a little tempted, and it almost hooked me, but I decided not to bite.

I wonder what kind of fish, this lure would bring in?

As the story goes, when I was first collecting corkscrews, the lovely and I were in Maine on a quick getaway.  And, armed with my 5 dollar budget for each corkscrew, it was pretty cool that I came away with a few decent corkscrews.

One of those first few was an 1876 double helix Clough, and while I have told the story before, I regretted the purchase a little at first, as it was so perfect, I wondered if it was new.

What had happened was that the dealer had run into some “new old stock.”

It was genuinely an 1876 double helix Clough, but it was recently discovered–with several others–in an old barn/warehouse.

Shortly after moving to Chicago, on eBay there appeared an identical new old stock Clough double helix.   In looking closely at the listing, the seller was in Maine, and after making a purchase, I inquired if they had others.

It was indeed the same dealer, that I had met in Maine, and I negotiated to buy the rest of his new old stock.

The majority of these–close to a dozen–ended up going with me to the CCCC AGM that year, and they were dispersed across attendees’ collections via the buy and sell.

Interestingly, just the other day, I was traipsing across Montsweag flea market, and towards the end of the field, an older dealer was there, and amongst his wares were two new old stock 1876 Clough double helix corkscrews. 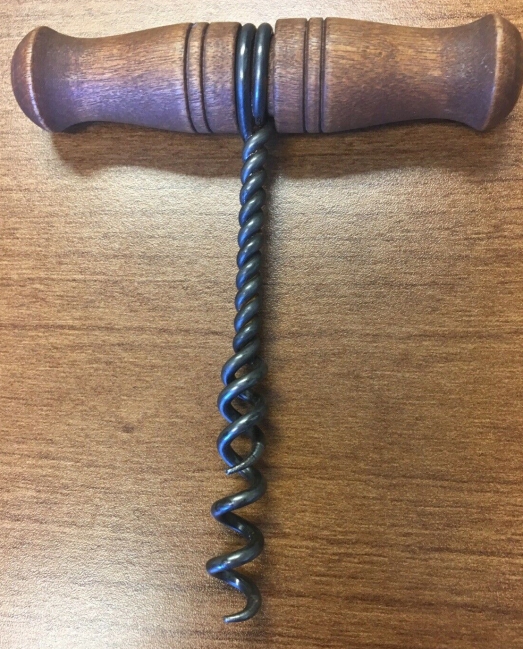 Given it was this vicinity of Maine where I made the purchase of that first new old stock Clough…I couldn’t resist.

And, the price was still within my 5 dollar budget…