While both AGMs will be written up in The Bottle Scrue Times and the Quarterly Worme respectively, and surely there will be a myriad of pictures from both, the AGMs both had fabulous show and tell sessions.

This is one of my favorite parts of our get togethers.  Fascinating new discoveries are shared and passed around.

Yes, there are still new discoveries!!! 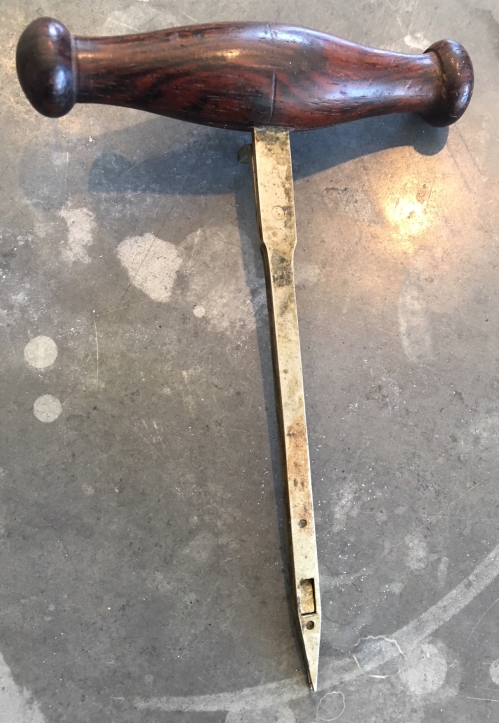 as well as the new Syroco Corkscrews book.

Only a few copies of the book were available at the meeting, but should you want a copy you can email Ion Chirescu at his book email: chirescu.book@gmail.com .

SyrocoWood Corkscrews and Decorative Accessories, is 330 pages of all things Syroco, and has fabulous imagery of the corkscrews and openers that we covet.

With that said, I would like to steal a moment here, to congratulate Tommy Campnell for receiving the Bernard Watney Award for his work on this book.

On October 10, 2013, I blogged about a Syroco Golden Knight corkscrew, that had was sold on eBay (not to me) for a buy it now of $125.00, and this example came with a box signed Kinsey, and included a business card from Kinsey Distilling. 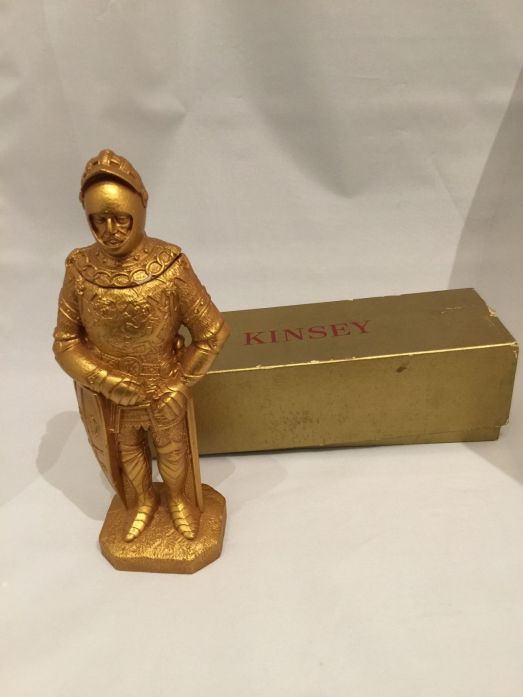 A few years later (May, 2016) I blogged about another Syroco Golden Knight corkscrew that turned up on eBay, this too included a box signed Kinsey, with no business card, and sold for a fair amount more than $125.00.

Of course, and I blogged about this too, clearly there had to be some connection.  And, after a bit of research, I found a couple of advertisements for Kinsey Whiskey that featured a golden knight.  And, you might want to note the resemblance, down to the little K (Thanks Bob Gilbride) that appears both on the Kinsey advertisements and the Syroco Knight’s belt buckle.

Of course, what was equally interesting was that there was “GOLD” knight and a “SILVER” knight pictured in the advertisements.

Was Kinsey having these made by Syroco, and handing them out as promotional items to their favored dealers or retailers?

Is that the reason for the two boxes and business card that have turned up?

And, if they were having the gold knight produced, or purchasing it as a promo, could it be that somewhere out there…there is a Silver Syroco Knight?

And, this is not a re-painted formerly Golden knight, it looks to be original, and as you can see also includes a copyright for Syroco.

I haven’t put the Gold knight and Silver knight next to each other, I will do that later today.  But the other difference, beyond color, is that Silver knight has a wire worm and bell that Syroco used on the Syroco Indian, rather than the bladed worm like the Golden knight.

I will continue the hunt for linkages between Kinsey and Syroco.

But, what do you all think?  Given the two Gold knights with Kinsey boxes and business card, the advertisements of the time that date in the late 40’s featuring the Gold and Silver knights, the fact that there has yet to be found a Syroco catalog reference for the knight, and now a Silver Syroco knight, are these Syroco/Kinsey knights?

Just the other day, I was perusing our second favorite auction site, and a listing popped up for a “Evil Clown corkscrew figurine ceramic or possibly syraco dist. by King.”

The piece had a more colorful paint job than usual, but over the years several color variations have turned up.

And, the buy it now price wasn’t bad at all.  I decided to go for it. 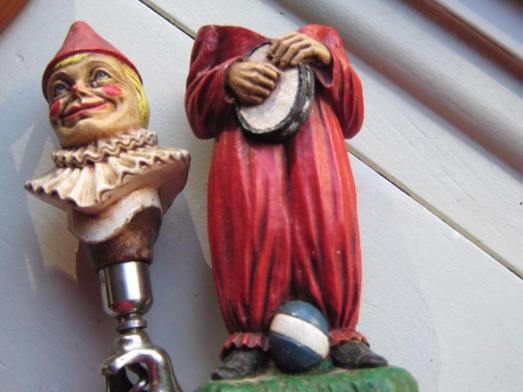 I don’t know if the clown is truly evil.  And, it isn’t ceramic, but it is Syroco and it will make a nice addition to the collection.

Whatcha got to trade TC?